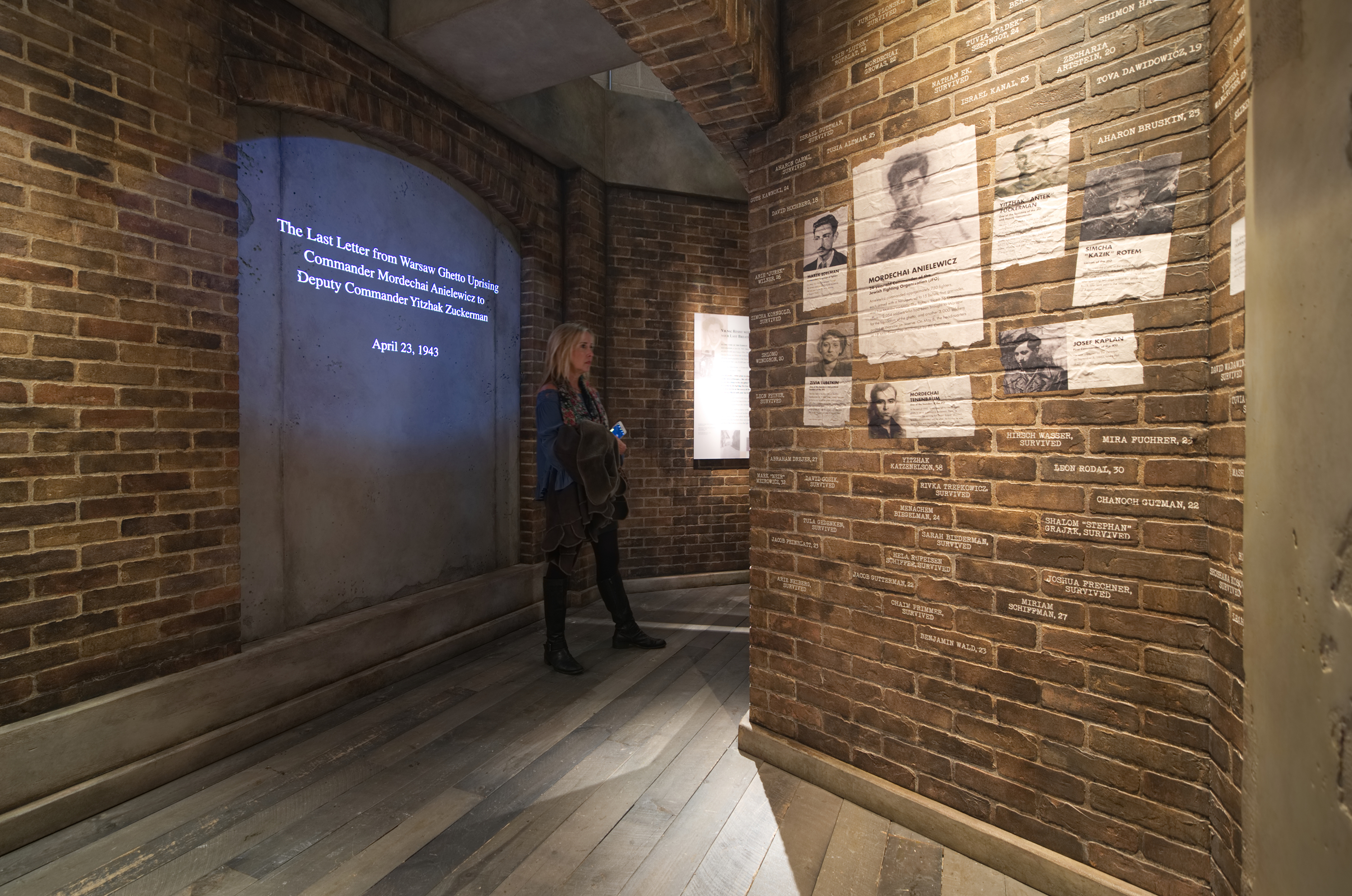 A semi-immersive environment throughout the exhibits helps visitors connect to the story. The ghetto uprising space, comprised of brick walls and archways, evokes an underground bunker occupied by resistance fighters. The Bielski partisan story is told in an immersive forest of architectural trees reaching above the ‘ceiling’ of the gallery, a stark contrast to the enclosed nature of the bunker. Throughout the galleries, the focus centers on individuals’ stories, designed to humanize the Holocaust and create empathy for those murdered and for those who survived.

Updates to the Museum’s Skokie gallery punctuate the resistance story. The final gallery in the core exhibition centers around the voices and perspectives of Survivors and the actions they took resisting the attempted 1977 neo-Nazi march in Skokie. In this case, Survivors, with the support of their community, took a stand, yielding a different result than when the community chose to look away during the Holocaust. 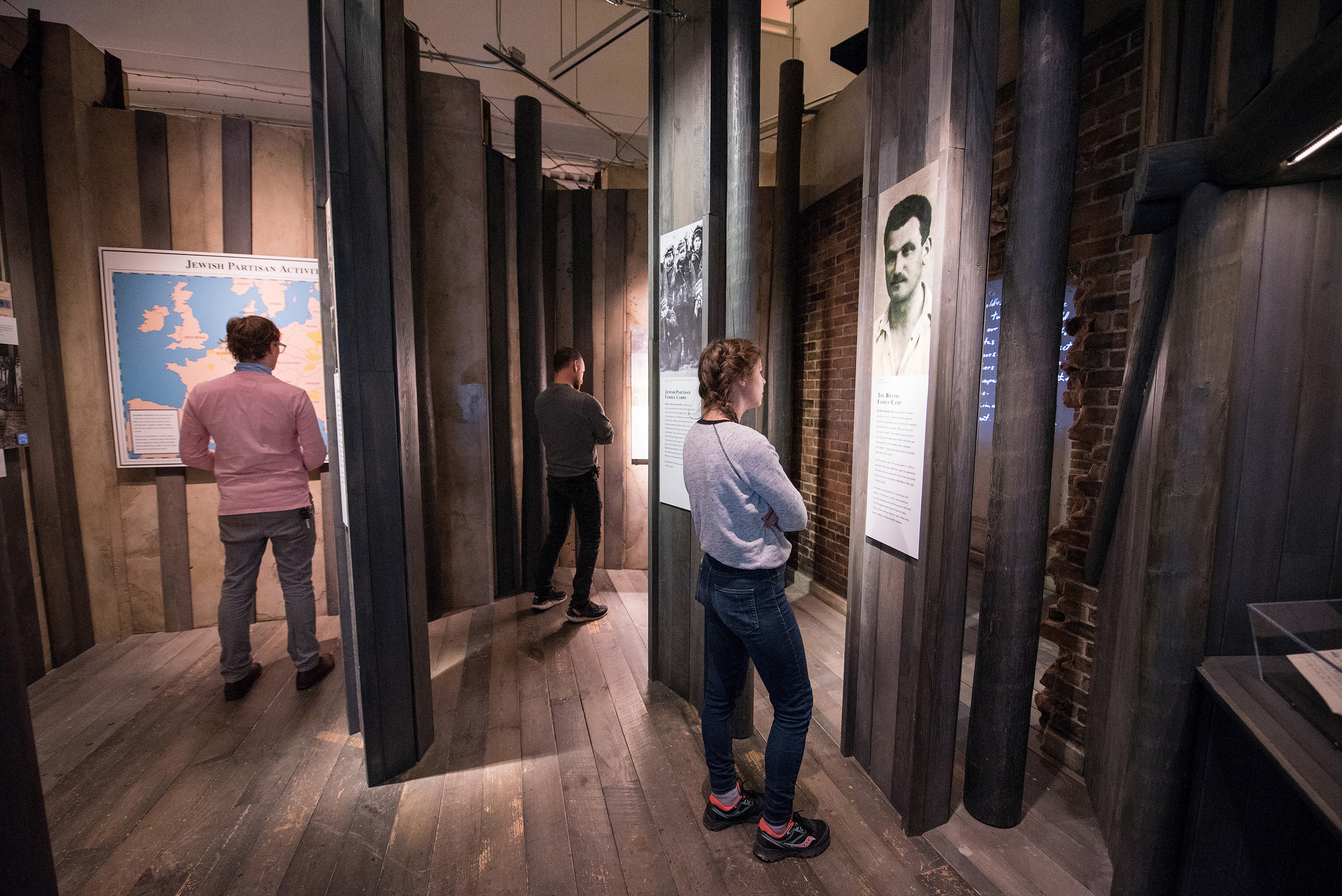 We wanted to create new spaces in the Museum that are as powerful and immersive as the well-known ‘Kristallnacht’ gallery and railcar.
Susan Abrams, Museum CEO 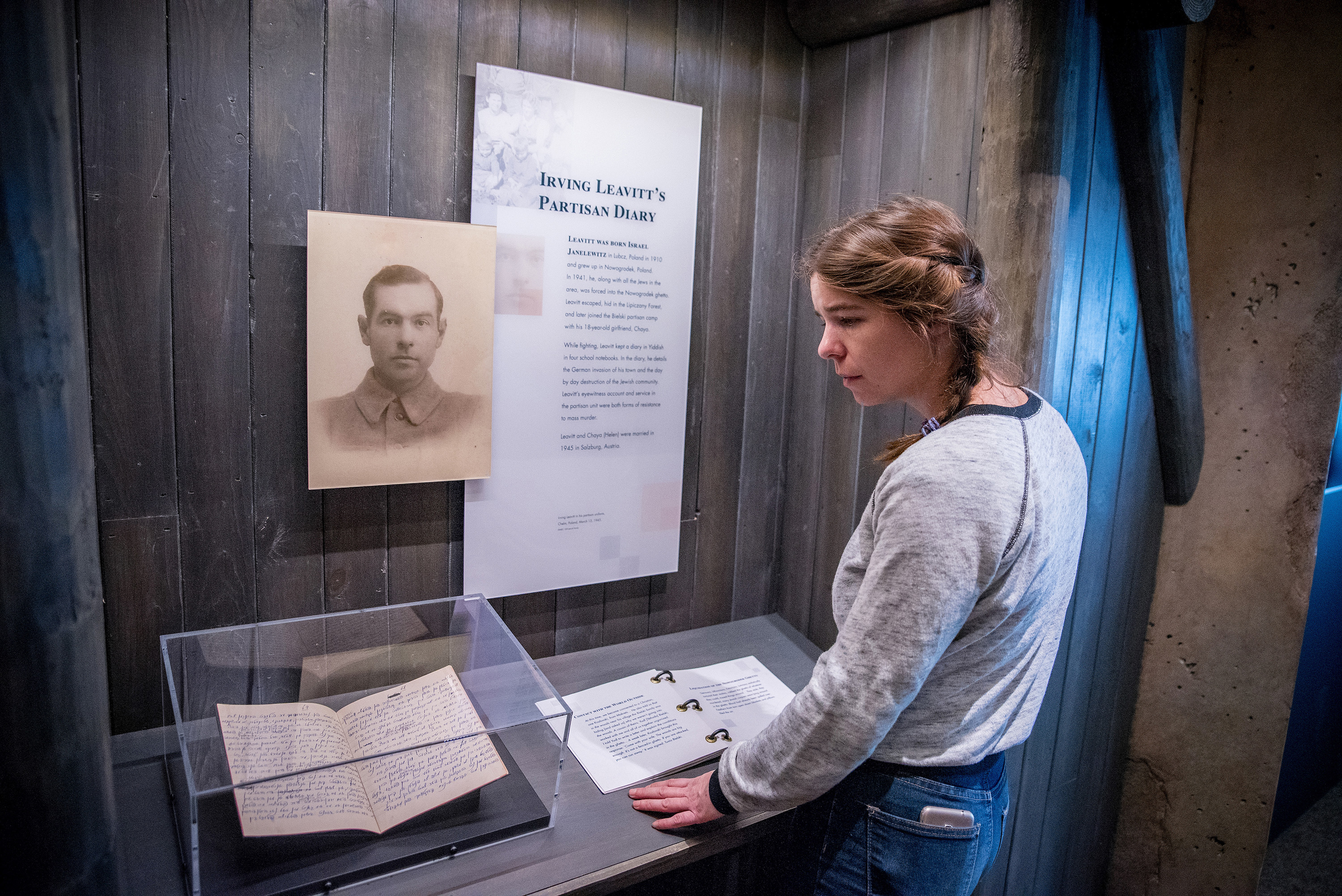 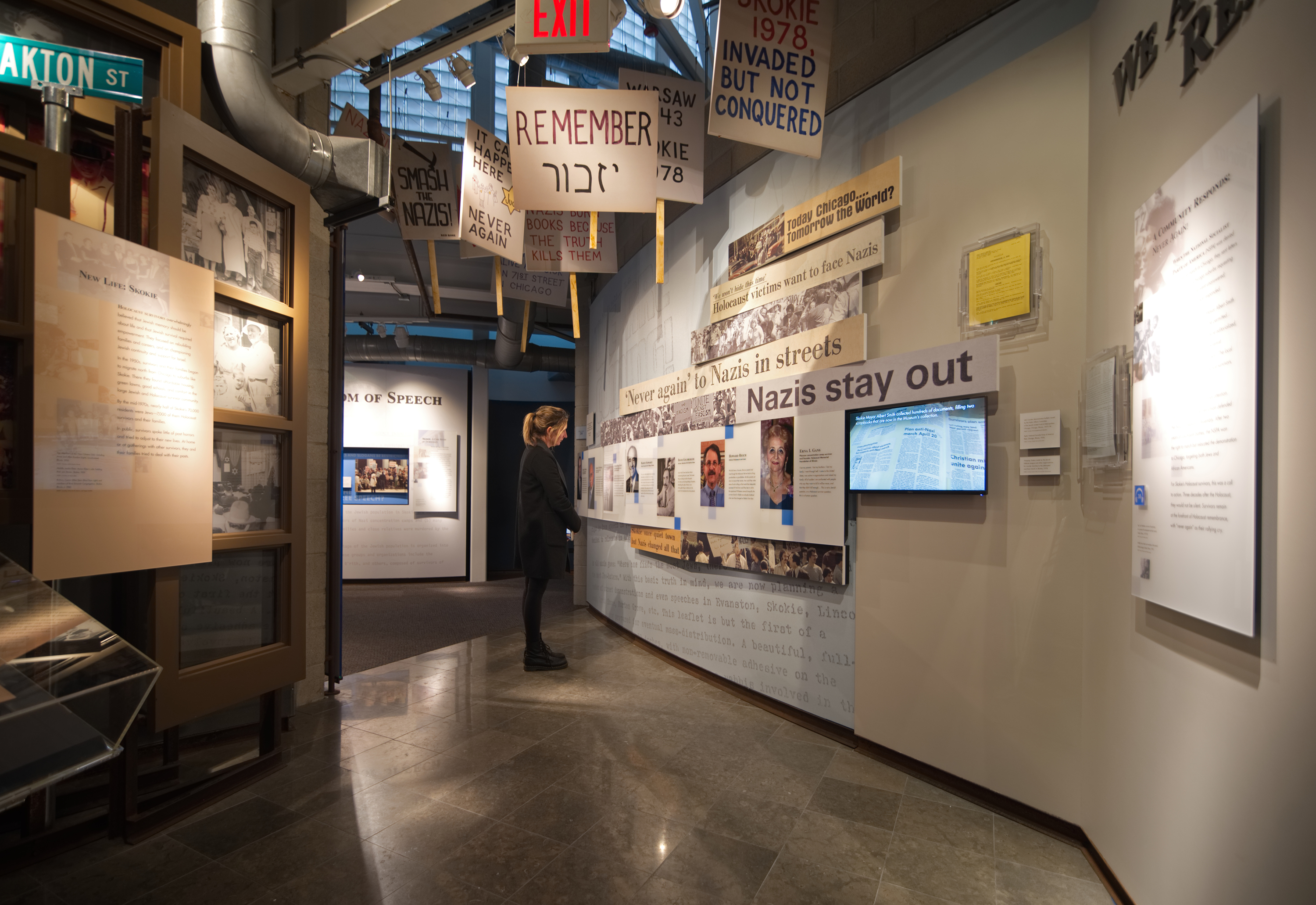 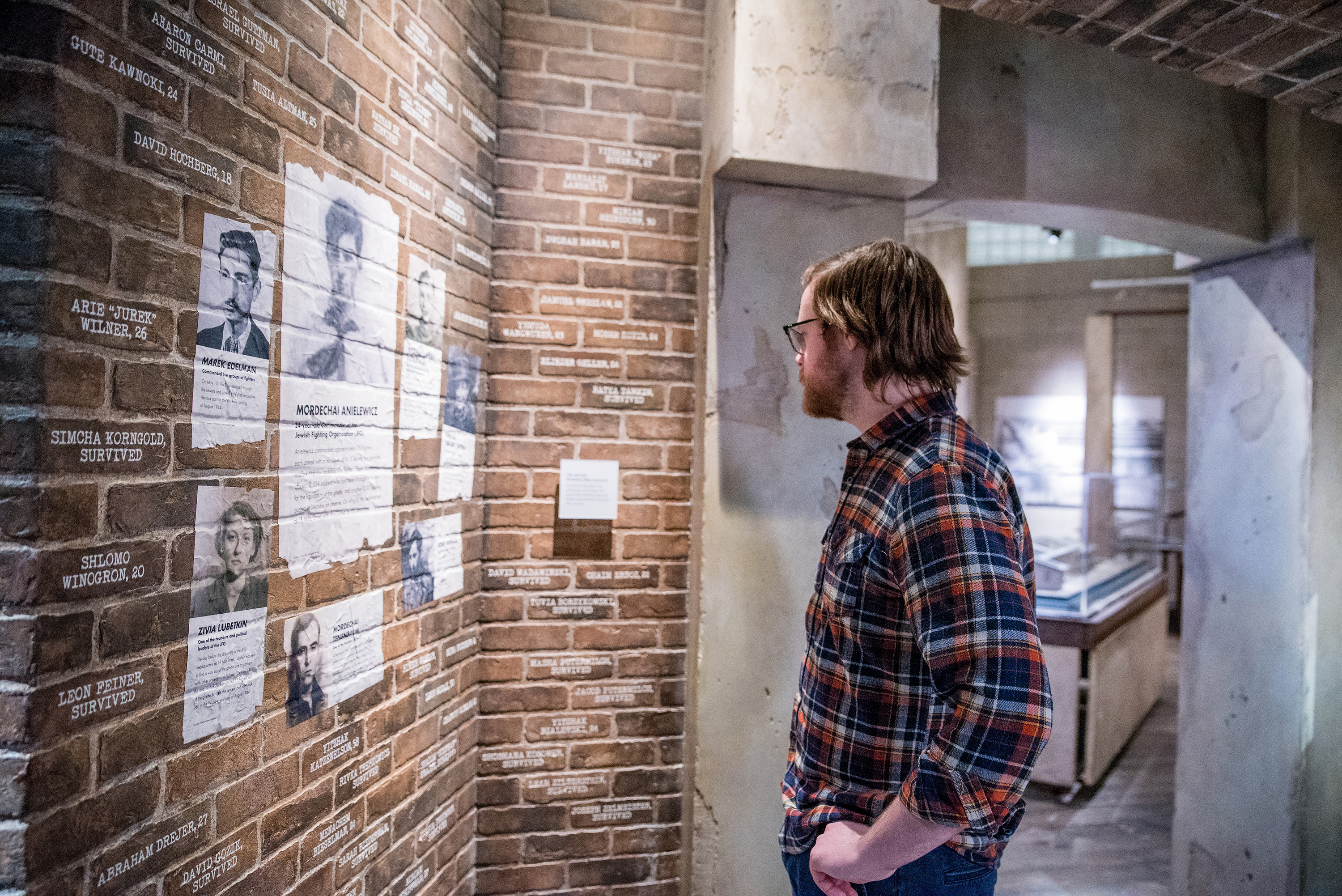 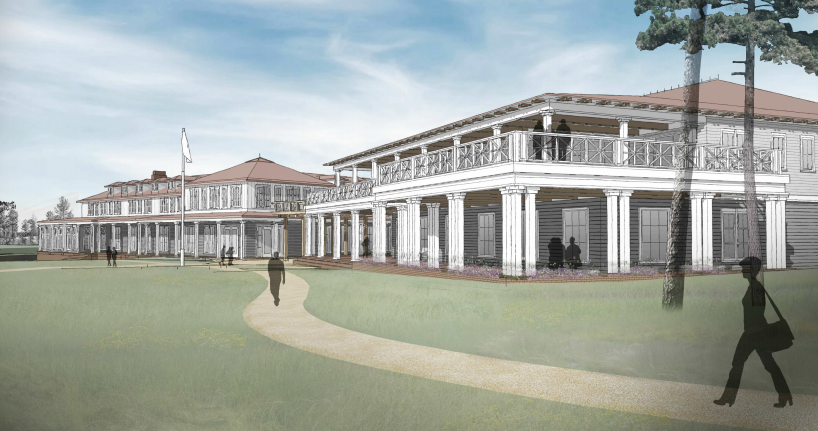 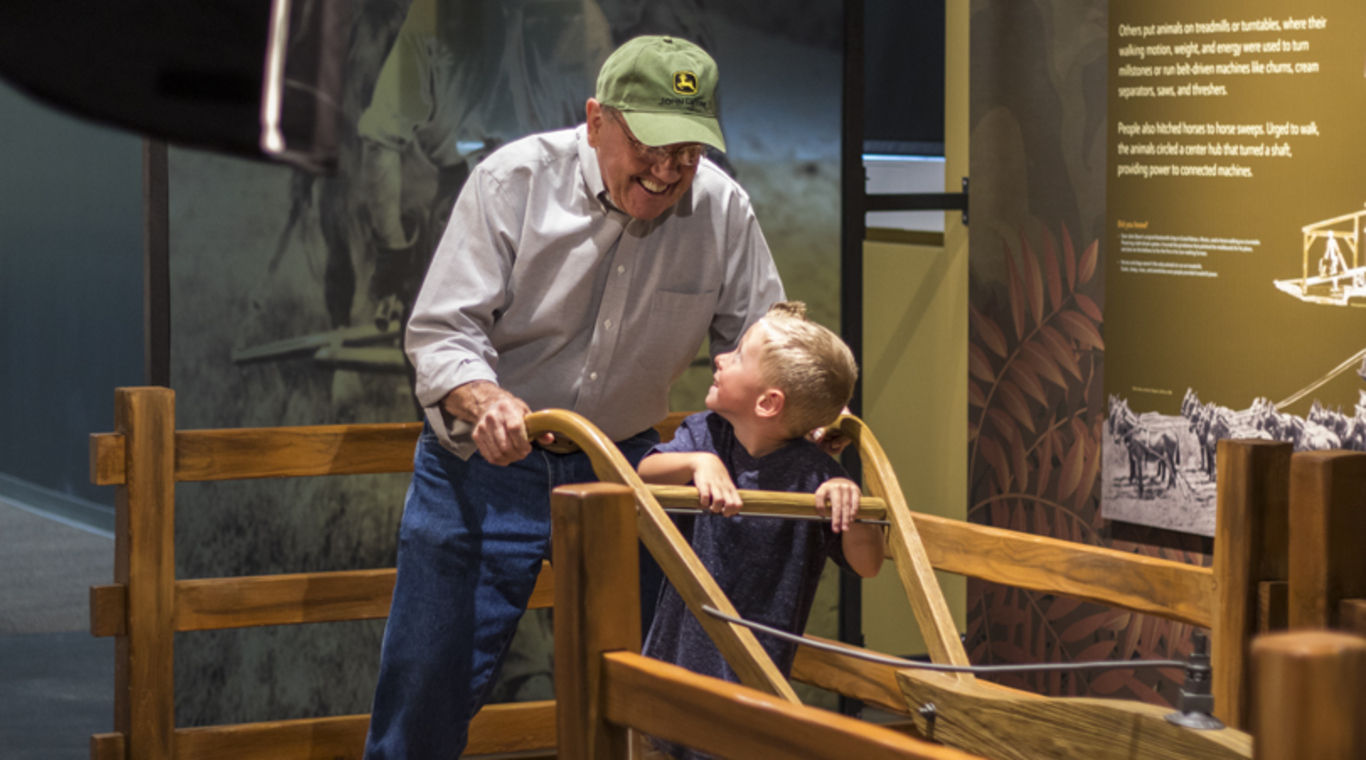