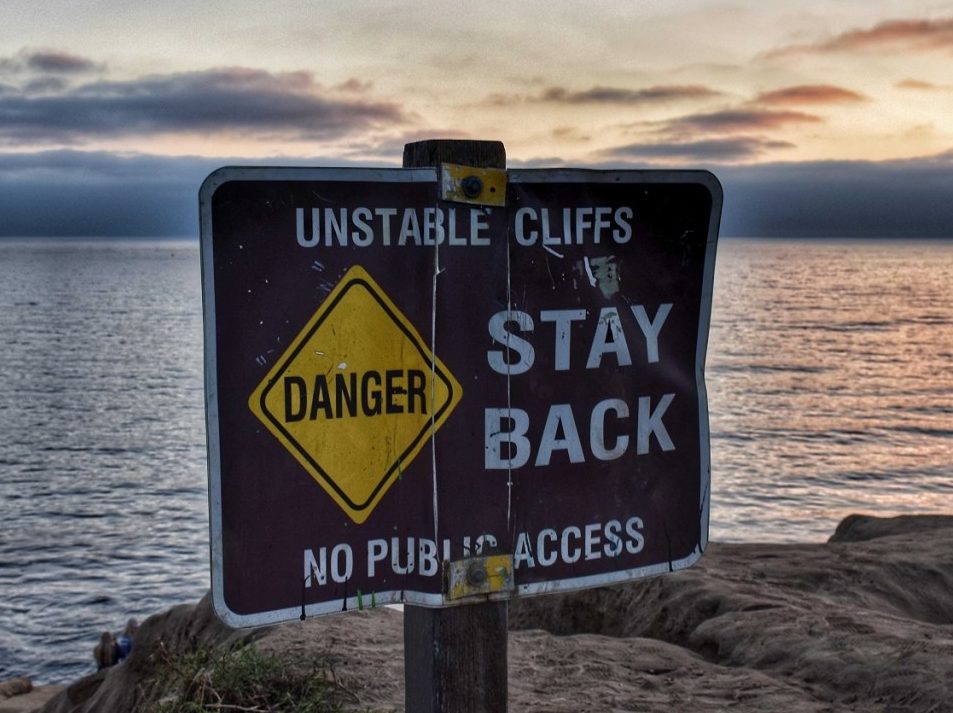 Attractive and engaging exhibition projects are born from more than just good designers and interesting subjects. Successful projects are also the result of teams and leaders who take risks. Risks may include bucking industry trends, spending a bit more—or even less!—than the project budget, ignoring the advice of “experts,” or scrapping work and starting over. Risks lead to discovery and new ideas, which is precisely what museum exhibitions need to stay fresh and to spark the interest of current and future museumgoers.

The clichés are endless: think outside the box, push the envelope, take it to the next level, raise the bar, etc. The list goes on. We often believe that the exhibits we’re creating are groundbreaking and truly push the boundaries. But the reality is that those in the museum profession, as a collective, tend to be bit safe. A 2016 report called Character Matters, commissioned by four UK-based cultural associations, surveyed around 2,000 people in the English museum workforce and found that, on average, individuals employed in museums are more risk averse than the wider UK population.

When developing a new museum exhibit, doing the same old thing and expecting the same results is the easiest thing you can do. And in truth, it would probably be fine. But wouldn’t it be so much more fun—and probably more successful—to take a leap and do something different and against the grain of what you, your team, or your institution expect? As exhibit developers and designers, shouldn’t we go beyond the mediums and delivery methods that visitors expect and have seen in countless other museums? Here are six strategies for pushing your exhibit development team to take risks:

1. Avoid the Status Quo: The most watched TED Talk of all time, with over 51 million views, is Ken Robinson’s presentation, Do Schools Kill Creativity? In it, he suggests that we have an educational system that rewards conformity and discourages risk-taking. Meaning, for museum and design professionals, this don’t-rock-the-boat culture starts early in our schooling.

When developing new exhibitions, start the process by encouraging the team—whether internal or as a designer-client relationship—to ignore (to a point) what’s been done before and what they know will be acceptable and comfortable.

2. Eschew Consensus: Design-by-committee may lead to decisions agreed upon by the group, but they’re not necessarily the best decisions. Consensus is a risk-taking killer. In an article from the Stanford Social Innovation Review, it suggests, “Consensus-based decision-making can lead to funding only the clearest, safest, or lowest-common-denominator ideas.”

Team leaders need to feel comfortable making design decisions that the project group may disagree with. Sometimes one person’s idea is the right idea, even if it seems strange and risky, and not bought into by the entire exhibit development and design team.

3. Say Yes: “Go out on a limb,” said Jimmy Carter. “That’s where the fruit is.” Saying “No” to new and untested exhibit concepts is safe and easy, but it rarely leads to groundbreaking ideas and experiences. When Luci Creative was designing the Numbers in Nature permanent exhibition for the Chicago Museum of Science and Industry, someone suggested that nearly 25% of the gallery’s square footage be devoted to a Mirror Maze: a fun-house of sorts, with a subtle lesson in geometry. Saying “Yes” to this bold idea led to the project’s success, with the Mirror Maze being a major draw at the museum; and being one of the main reasons people visit the traveling version currently touring the U.S.

4. Embrace Failure: Good leaders—in all businesses—know that failure is just one step along the path to innovation. But failure isn’t safe. And fear of failing is what holds us back from taking risks. Making mistakes or a wrong decision on an exhibition project can lead to increased cost or an extended schedule, or simply to the creation of a mediocre exhibit that doesn’t pull in the expected attendance.

There’s a trendy concept in business called “Fail Forward Fast,” which promotes the idea that failure is a normal part of any creative process, but that teams need to quickly learn from those failures, pull themselves up, and push forward.

5. Be Willing to Experiment: Institutions that spend part of their exhibition development budget—and schedule!—on prototyping and evaluations know that the final results are more successful. This doesn’t need to be an overly formal process. Just trying out new, untested ideas, and learning through the process, is a risk-taking venture.

The 10-person virtual reality Raid experience in the new Duty First gallery at the First Division Museum, in Wheaton, Illinois, was a major experiment—and a risk! The museum team understood that nothing quite like it had been done before and that the process was going to require a fair amount of trial and error. Luci Creative, along with their AV and fabrication partners, had the support of a risk-tolerant client leader who was comfortable with this being a learning process.

6. Look Outside of the Museum Community: The early part of an exhibit design process often involves benchmarking: looking at other museum examples in the field, to acknowledge trends, successes, and shortcomings. Observing other museum exhibitions is a safe way to learn about and drum up ideas for new exhibitions.

One of the responsibilities of an exhibit project leader is to challenge the museum’s and design team’s thinking; to push for something new, and something better than the original expectation. We want to create museum experiences that visitors can’t do or see anywhere else. Risk-taking in design encourages reframing the traditional thought-process, and if allowed to prosper, the process can be truly thrilling, and result in successful exhibitions and visitor experiences that push the entire museum community forward.

Getting our traditionally cautious professional community to embrace risk will require encouragement from those within cultural institutions, and from those of us who serve museums, and to know that with risk comes the possibility of failure…as well as the possibility of something wonderful. Luci Creative’s hometown hero, Chicago Bears quarterback Jim McMahon, said it best, “Yes, risk-taking is inherently failure-prone. Otherwise, it would be called ‘sure-thing taking.’” 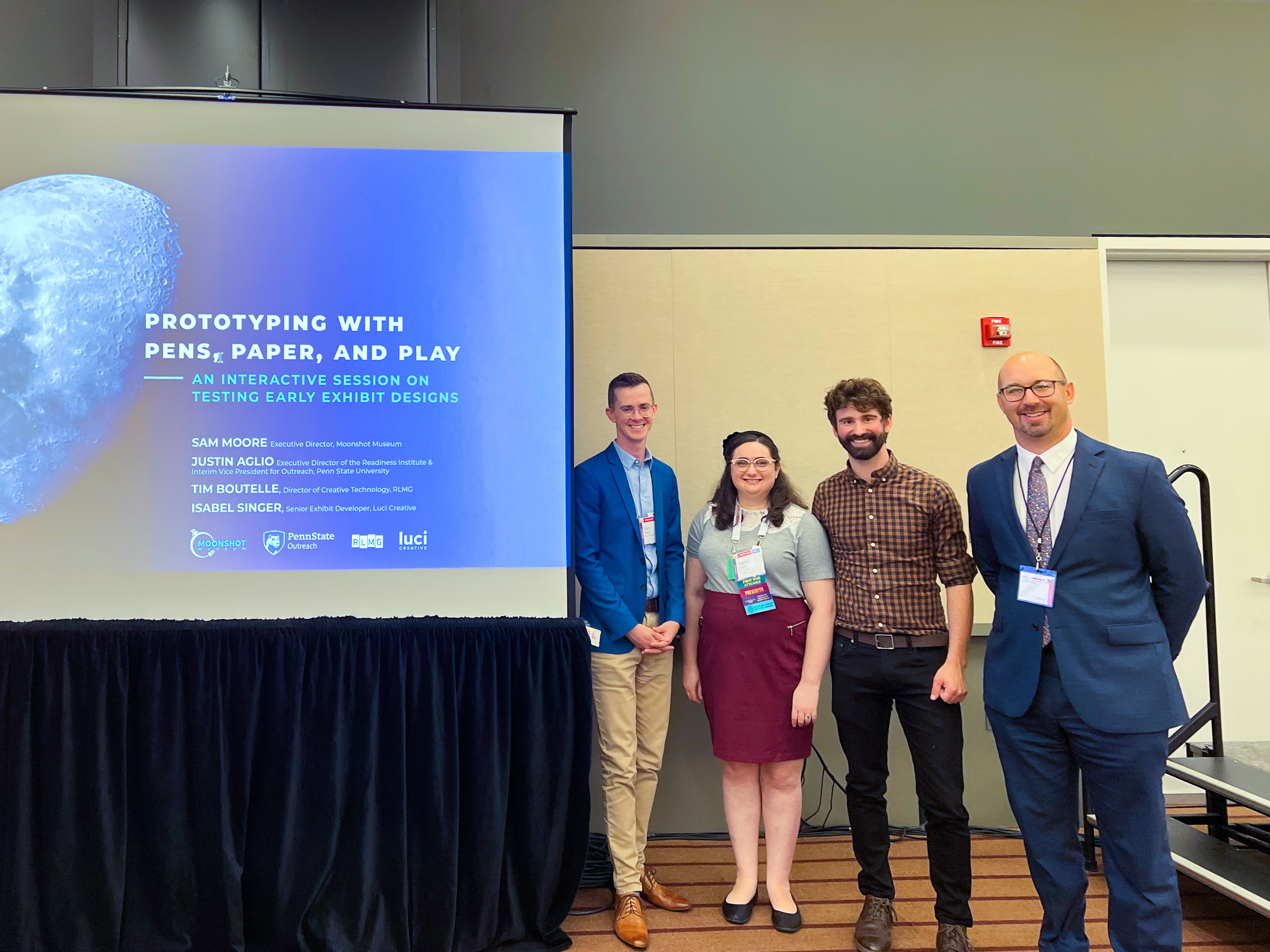 Making the Most of Museum Conferences